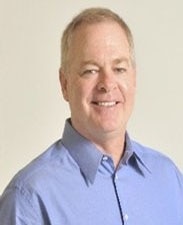 Brian joined the Florida Launch as President in Dec. of 2014. He was part of the Palm Beach County Sports Commission Committee that helped to make the 2012 All-Star Game a big success at FAU Stadium in Boca Raton, Florida. That success eventually led the Florida Launch to call South Florida home.

A member of the US Lacrosse Regional Hall of Fame and a long time Boca Raton resident Brian has been deeply involved with the growth of the game here in Florida (as a player, coach, official and administrator) for more years than he would like to mention.  He is a former President of the Florida Lacrosse League (governed all club and collegiate teams in the State), the founding President of both the South Florida Youth Lacrosse League (South Florida’s first youth league) and the local Boca Jets Lacrosse program, a founding Board member of the Florida Youth Lacrosse Foundation (which has donated over $400,000 in equipment and helped start over 180 teams/programs), the Florida Lacrosse Classic tournament (Grandmasters and Super Grandmasters National Championships) and the Florida Lacrosse Officials Council.

Originally from Long Island, Brian was a two-sport athlete Farmingdale H. S. and then played collegiately at Randolph Macon College and Farmingdale Junior College. He then traded NCAA sports for the year-round sun/surf/beaches/palm trees of South Florida graduating from Florida Atlantic University and playing for the Fort Lauderdale Lacrosse Club.

Brian spent 17 years as an executive with Chase Federal Bank which at the time was the largest Savings Bank in the State of Florida before spending the next 12 years in residential lending with the Clinton Mortgage Network. He is currently President of Clinton Asset Solutions a business consulting firm and resides in Boca Raton with his wife Sally.

Heather joined the Florida Launch as a Team Operations and PR Coordinator in Jan. 2016. However, this was not the first time Heather has worked with the Launch, as she worked as a Team Operations Intern for both the 2014 and 2015 season. Prior to her time as an intern, she also volunteered at 2012 All-Star game where she assisted with game day operations at Florida Atlantic University Stadium.

Heather launched her lacrosse career as a freshman at The North Broward Preparatory School in Coconut Creek, Florida. She alternated between the Attack and Face-Off positions. She was nominated to be Captain in her Junior and Senior year and also voted MVP by her teammates. Heather attended Florida Atlantic University and played for their Women’s Club Lacrosse Team. She was selected to be Secretary of the team in her sophomore year and then President for her junior year. While playing, Heather helped grow the team from being only partial members of the Women’s Collegiate Lacrosse Association members in the Southeastern Women’s Lacrosse League to full members by the time she left the team. Heather has tallied over 10 years of lacrosse coaching and playing.

Heather recently graduated from Florida Atlantic University in the fall of 2015. She graduated with a Bachelors of Science and Education Degree in Exercise Science and Health Promotion. Heather is a New York native and currently resides in Boca Raton with her dog, Lola.

Alex became a full-time front office staff member in September of 2018 as the Operations Coordinator. She became familiar with the Launch and worked her way up in the office through her previously held internships in the fall of 2017 as well as the 2018 season.

Although this is Alex’s first full-time experience with the sport of lacrosse, her passion for sports is profound. After diving into sports at a young age, she became a four-year varsity soccer player and two-year varsity basketball player at Garden City High School in Garden City, MI. She took her talents to the University of Wisconsin – Parkside to play Division II soccer as a four-year varsity scholarship athlete, where she received her Bachelors of Science in Athletic Training. While that was the end of Alex’s athletic career, she took her academics to the next level and received her Master’s degree in Sports Administration from Wayne State University in August of 2018. 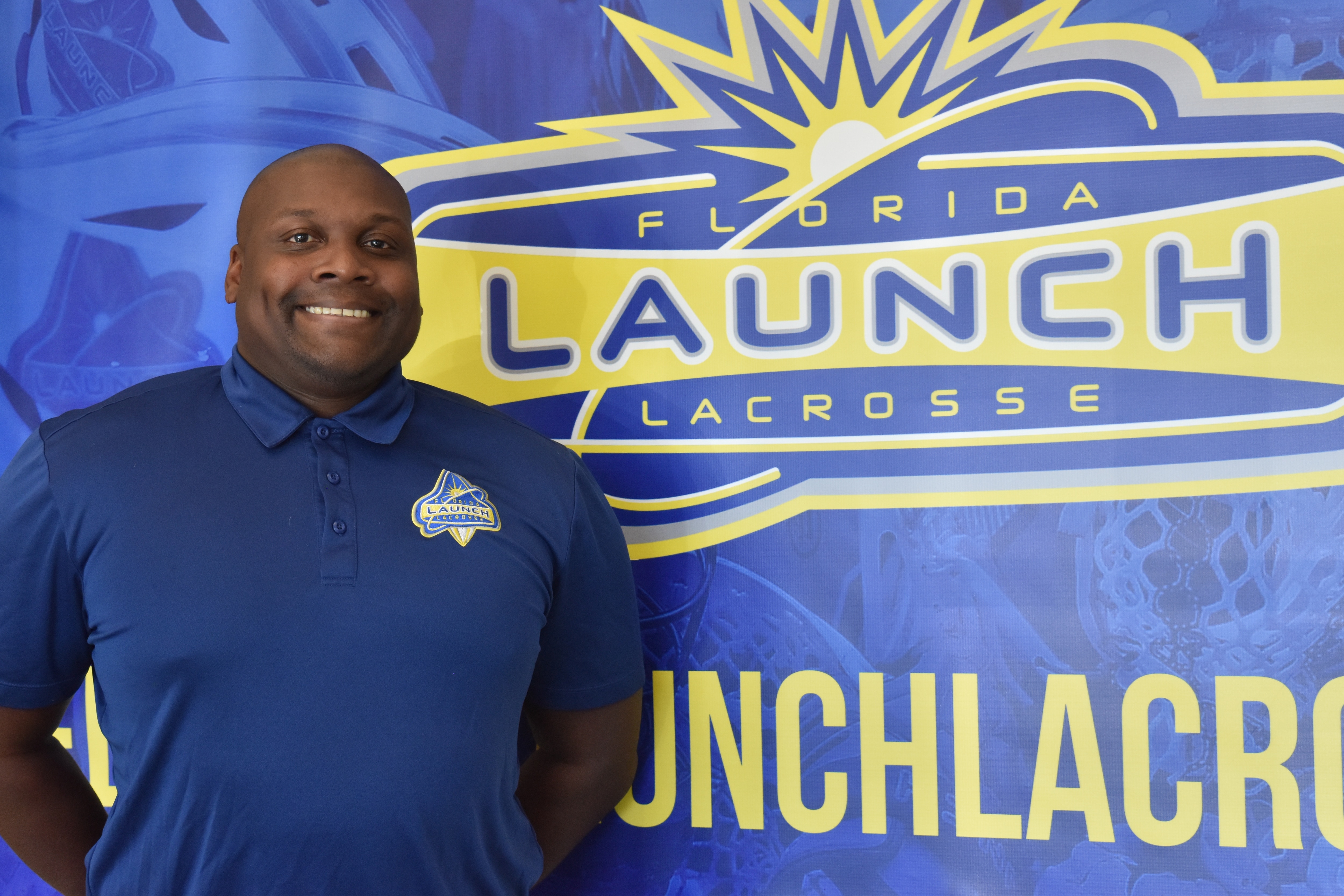 Brad Johnson, our newest account executive in ticket sales,  is a Houston, Texas native who played college and arena football in El Paso, Texas. The Sports Management graduate of TSU spent the last 11 years living in the New England area with his wife Catie (of FoxSports Florida ), son Taylar Jax, before to moving to Florida in 2016.

Brad’s broadcast career, which led him to the MLL, started with his color commentary of El Paso Generals football and has included contributions as a special columnist for the Boston Herald, soccer commentary, television coverage of the Patriots League Championship for CSN Mid Atlantic, and play-by-play for the New England Football League’s Merrimack Valley Pride semi-professional football team. He spent two years as a host/sales manager in 1510 where he co-hosted the Draper and Johnson show, with CSNNE’s Kyle Draper, and had a weekly Sunday morning sports show called Game Time. Most recently, Brad was a weekly co-host and sales account manager on SB Nations, “The Sports Bosses”. He is still on the airwaves with WLBZ Sports Infusion where he keeps the airwaves buzzing with MLL talk.

Aside from his hosting duties, Brad has appeared on shows all over the country to discuss sports news stories and has reported from MLB  All-Star games, Winter Meetings, and the Super Bowl. He started his foray into the MLL with the Boston Cannons in 2015, as he hosted a weekly podcast on ESPN New Hampshire with Marissa Ingemi, and also covered home games with the Cannons from Harvard Stadium. 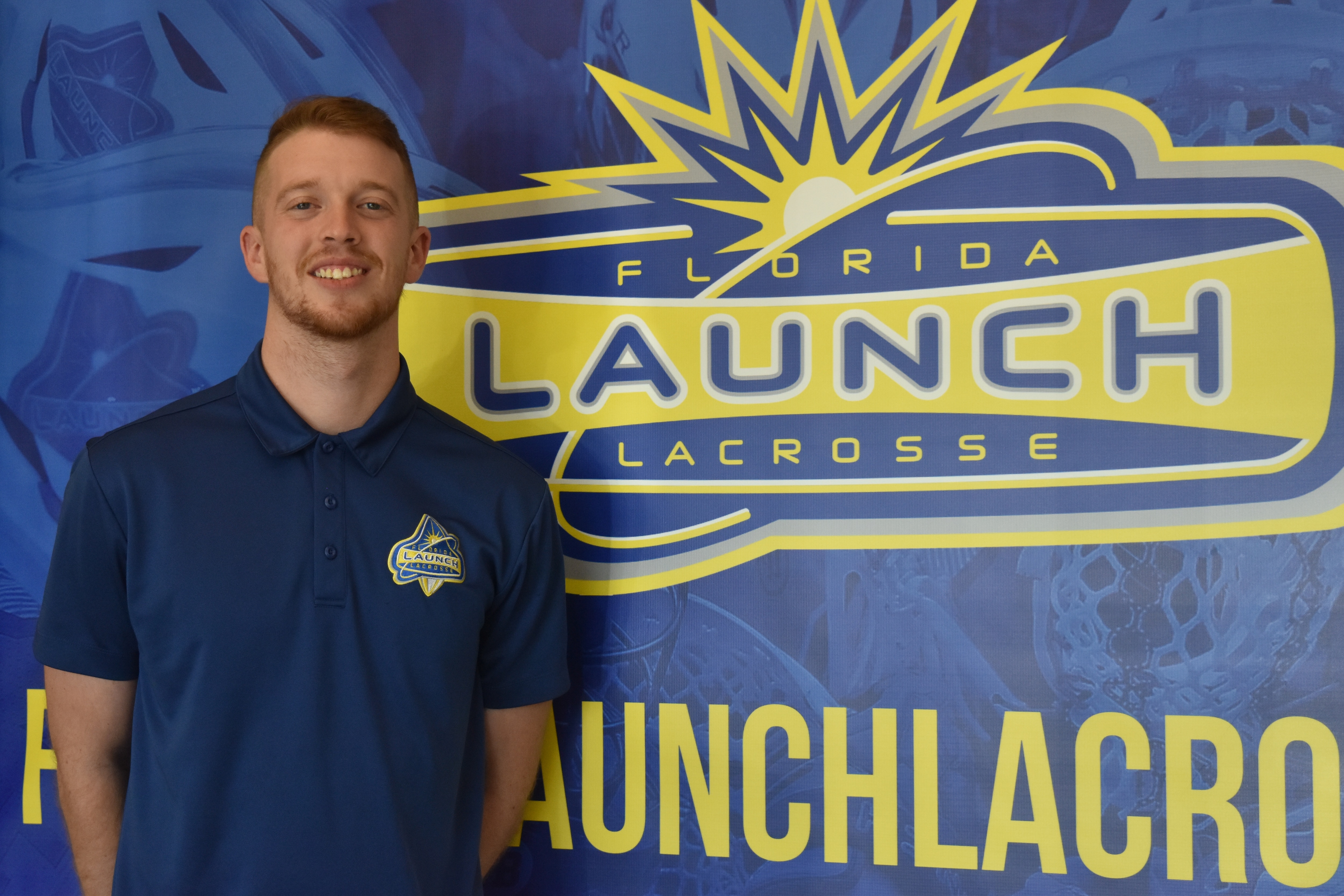 Ryan has been with the Florida Launch since the beginning of the 2018 season. He has transitioned into a new role with the Florida Launch. Ryan implements community outreach programs, organizing events, coordinating volunteers that will promote the Launch’s mission. Before Ryan joined the Florida Launch, he worked as a Business Development Intern at Florida Atlantic University under the Associate AD of Development. Ryan previously worked Game Day Operations with the Miami Dolphins in fall 2017.

Ryan is a Syracuse, NY native with a passion to be involved in sports. He played collegiate golf at Onondaga Community College before transferring to Fredonia State in Buffalo, NY. Since then, Ryan received his Master’s in Business Administration at Florida Atlantic University for Sports Management. 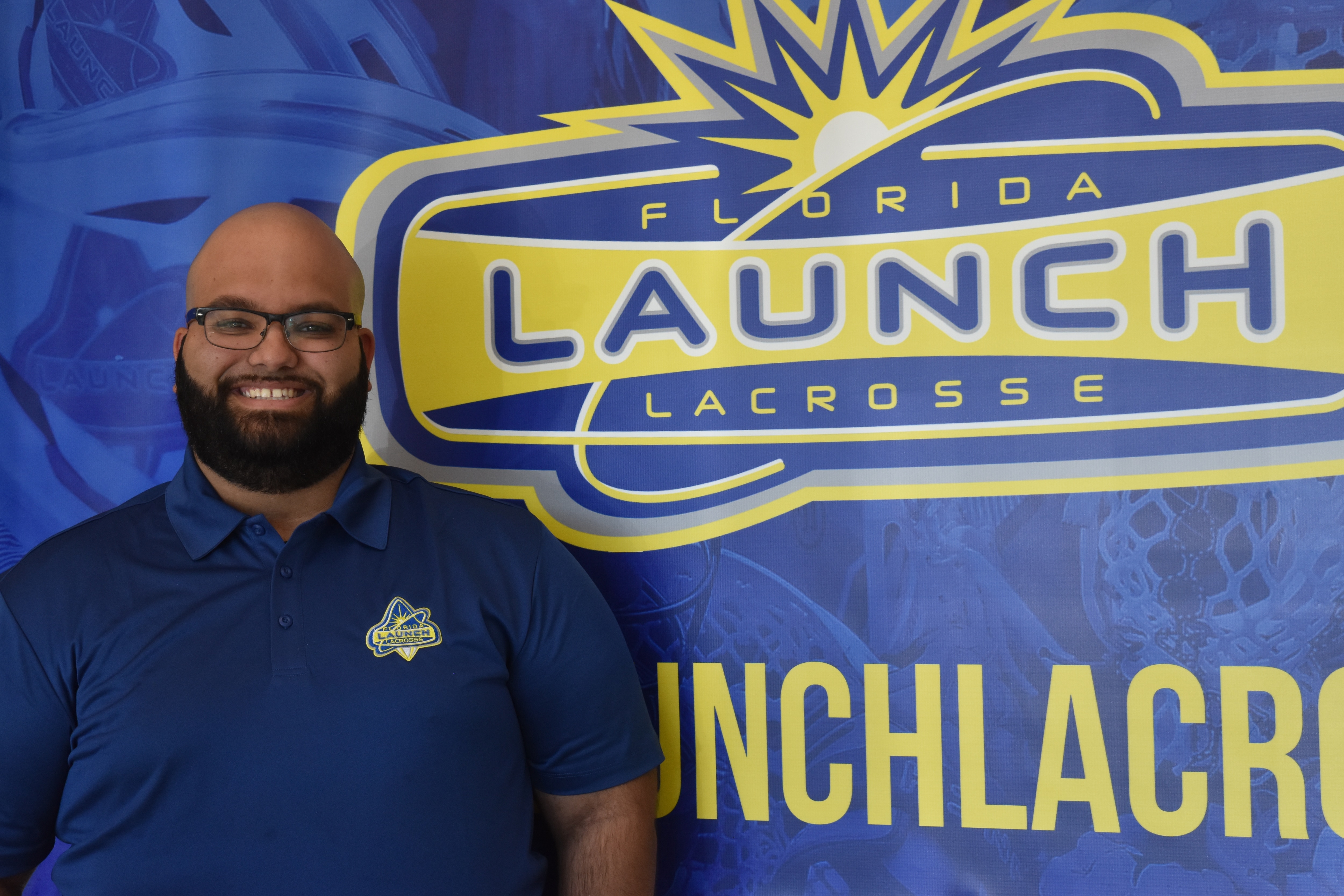 Pedro comes to the Florida Launch from Boca Raton Football Club of the National Premier Soccer League, where he was the Director of Communications and Social Media Coordinator since the start of the club in 2015. Pedro was essential in planning and overseeing all facets of digital content including multi-lingual social media development, strategy, and execution.

Not only was Pedro with Boca Raton FC, but he was also the Managing Editor of The Boca Raton Tribune, the only local newspaper in Boca Raton, for the last eight years where he was also in charge of their social media department and oversaw and implemented all Social Media campaigns for the newspaper.

Pedro has been a staple in the South Florida sports market since 2010 and is also a published writer with his work being featured in publications such as The South Florida Sun-Sentinel, MLSsoccer.com, and various Brazilian news outlets throughout South Florida.

Favorite Movie: The Empire Strikes Back 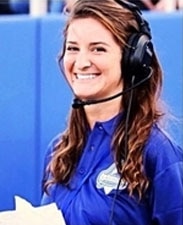 Kaitlyn Russell joined the Florida Launch as Game Day Operations Manager in their inaugural Season, April 2014.  Her first exposure to the MLL was through the All-Star game weekend in 2012 where she and her lacrosse team volunteered.  She took the lead on the sidelines as field operations when it was hosted at Florida Atlantic University's Stadium.

Kaitlyn started her lacrosse career as a freshman at Boca Raton Community High School where she was honored to be Captain her junior and senior year, and voted MVP her senior year...as well as “Most Likely to Keep Playing for Life.”  She has a heart for growing the game; Kaitlyn founded the Women's Club Lacrosse Team of FAU in 2009 where she acted as President until she graduated in 2012.  Russell then helped the Men's Lacrosse Club team to follow and is grateful to the Boca Raton lacrosse community who played a major role in the goal of expanding lacrosse in Florida by meeting every need and more.